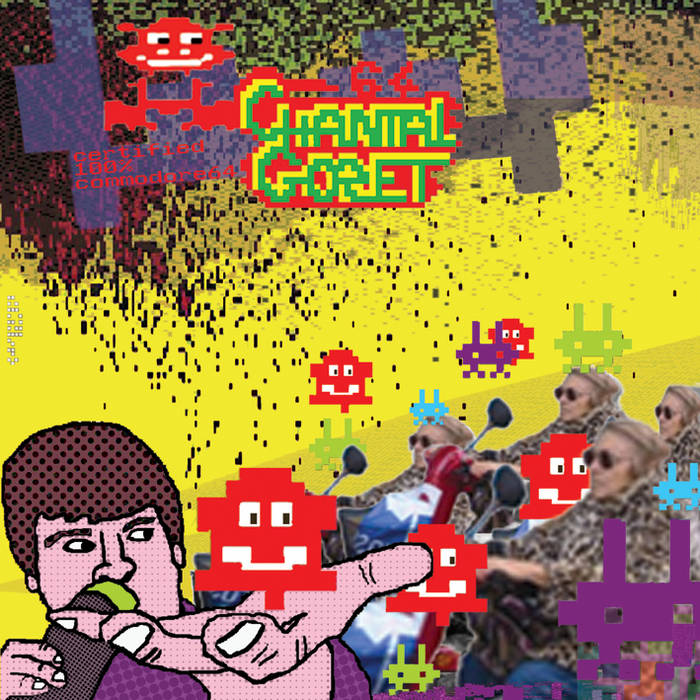 According to her only official biographer, Chantal Goret is the fruit of a Portuguese accountant and a Lithuanian geisha, “accidentally” conceived in a garden shed on Eddie Barclay’s property in St Tropez, both mashed on Martini Biancos and Ferrero Rochers, both having been lead to believe that the other was in fact Charles Bronson. This story may be a smokescreen to hide the fact that Chantal Goret is actually the Lindbergh baby.

Chantal Goret’s name first appears in 1972, credited as caterer on Sergio Martino’s seminal opus, Your vice is a locked room and only I have the key. In 1976, Chantal Goret is credited as driver for Lucio Fulci, on the shooting of Zombi 2. In 1977 Chantal Goret finally makes the big jump in front of the silver screen, playing the role of “dead person on slab” in episode 42 of Derrick. After meeting him on set, Chantal Goret became Fritz Wepper’s lover, before leaving him shortly thereafter for Horst Tappert. Their off-screen antics often made the people press’ front page, with stories of cocaine abuse, wild orgies, and smashed-up hotel rooms. Their brief yet stormy relationship came to an abrupt end the following year, but Chantal still talks of Horst as her “one true love”. In 1978, on Abel Ferrara’s insistent recommendations, Chantal Goret stars as “third zombie from the left” in scene 32 of The Mountain of the Cannibal God. But Chantal Goret hit it big time with the lead role in Joe d’Amato’s Cannibal Lesbian Nuns from Mars in 1979. From 1979 to 1982, Chantal Goret was the widely-acclaimed and unanimously recognized star of the notorious North Korean nunsploitation scene. With the demise of Kim Il-Sung, and his son’s marked preference for more Scandinavian formats, however Chantal Goret’s cinematic career came to an end. By 1984 Chantal was servicing pink screen customers with handjobs in Kreuzberg on weekdays, and playing triangle for Lydia Lunch on weekends. In 1986, Chantal Goret found God, moved to an ashram in Luxembourg [where incidentally she also serviced pilgrims with handjobs], carried the guru’s child, then moved to Denmark when the ashram was closed on fraud and tax evasion charges, managed to lose God somewhere along the way, before finally settling in Belgium in 1989 with the ashram’s accountant.

Chantal Goret is currently purging a sentence in Lantin for repeated obscenity and public nudity charges. She still plays the Commodore 64.